Although cetaceans live underwater, they give birth to live young and nurse like most other mammals. In addition, they breathe with lungs, not gills. Furthermore, unlike fish, cetaceans do not have scales. Instead, they have smooth skin. Let’s take a look at the characteristics of cetaceans as mammals.

Female cetaceans have a pair of slits in their abdomen where their teats are located. They nurse their young after birth.
Let’s see how common bottlenose dolphins nurse underwater in the video clip . Observe the color of their teats. 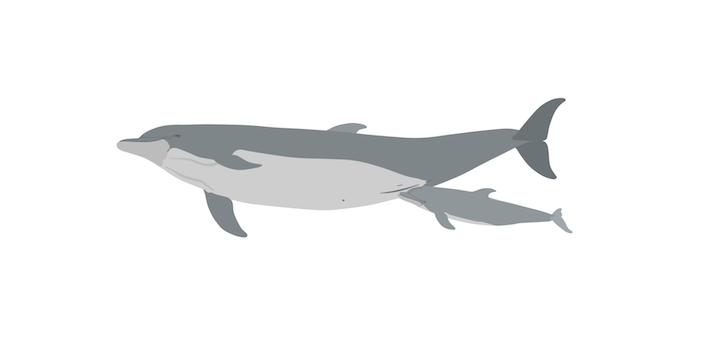 Although cetaceans live in the ocean, they need to breathe in oxygen and breathe out carbon dioxide to survive. Most cetaceans breathe through their blowholes, which are located on top of their heads, making it easier for them to breathe while swimming.
Cetaceans are able to store a lot more oxygen in their blood and muscles than we are, enabling them to swim underwater for long periods of time without breathing.
Let’s see how common bottlenose dolphins breathe.

Most cervical vertebrae in mammals consist of seven bones. While different in size and length, humans, long-necked giraffes, and large elephants alike all have seven bones. As mammals, cetaceans also have seven cervical vertebrae. However, as a result of an adaptation to swimming, their necks are very short, and in many species, their neck bones are fused together and appear to be one piece of bone.
Let’s count the neck bones in a minke whale. 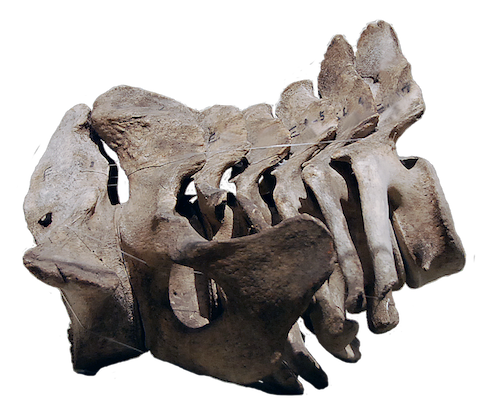 Similarities and Differences Between Fish and Cetaceans

If we compare fish and cetaceans which both live underwater, even though they have descended from very different evolutionary lineages, they actually look very similar in shape. In order for them to swim swiftly underwater, they have both acquired a streamlined body.
This is called “convergent evolution” in which analogous structures develop among different lineages under similar circumstances. However, further observation of the location and the number of fins can teach us that these surface “similarities” are actually very deceiving.

The Way Fish and Cetaceans Swim