How to Tell Males and Females Apart

Cetaceans have their reproductive organs and teats hidden inside “slits” near their abdomen. This makes it hard to tell males and females apart just by simply looking at them.
One thing you can do to tell them apart is to check the “slits” near their abdomen. In males, the “slit” and the anus are vertically separated, while in females, the “slit” is connected to the anus, and they have another pair of shorter “slits” that conceal their teats.
However, in some species males also have the shorter “slits” with teats, which makes it hard to tell the males from the females. 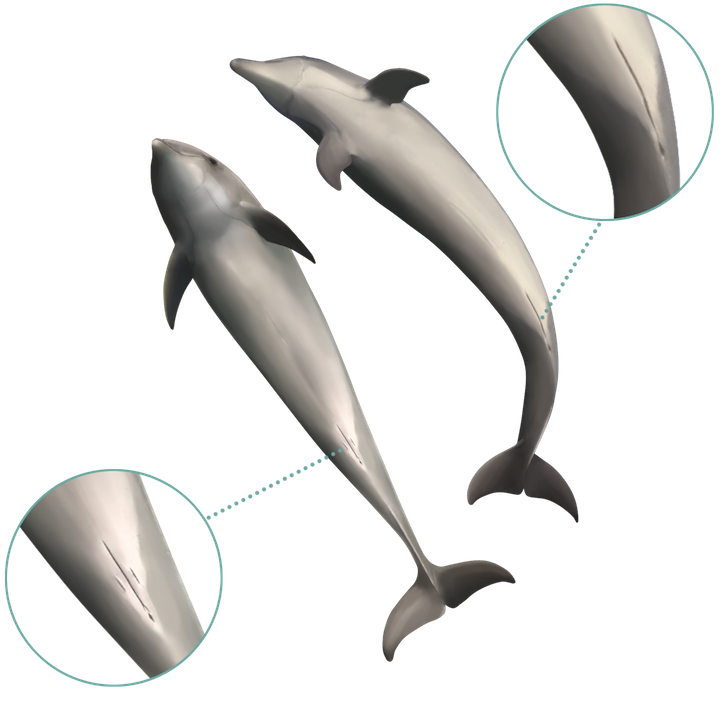 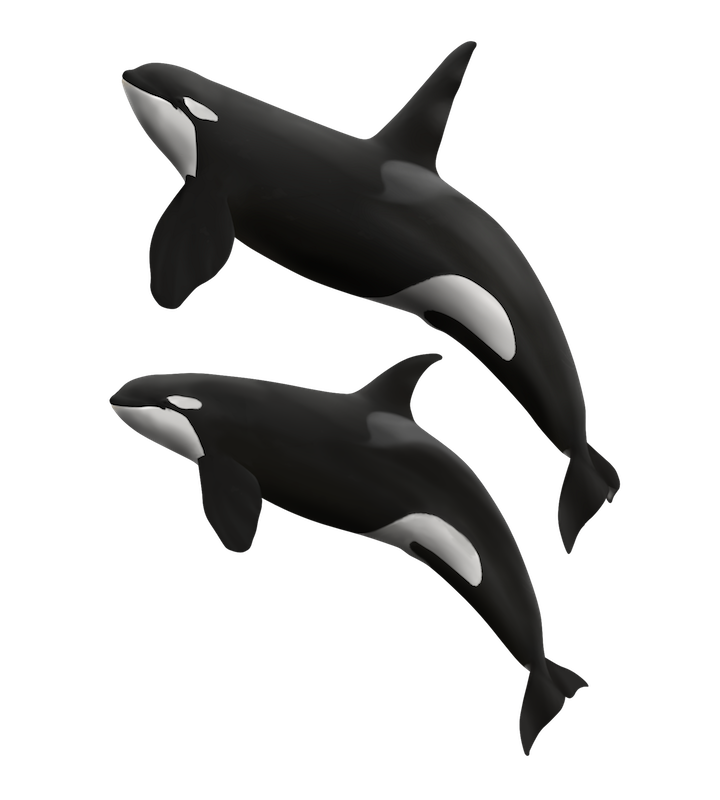 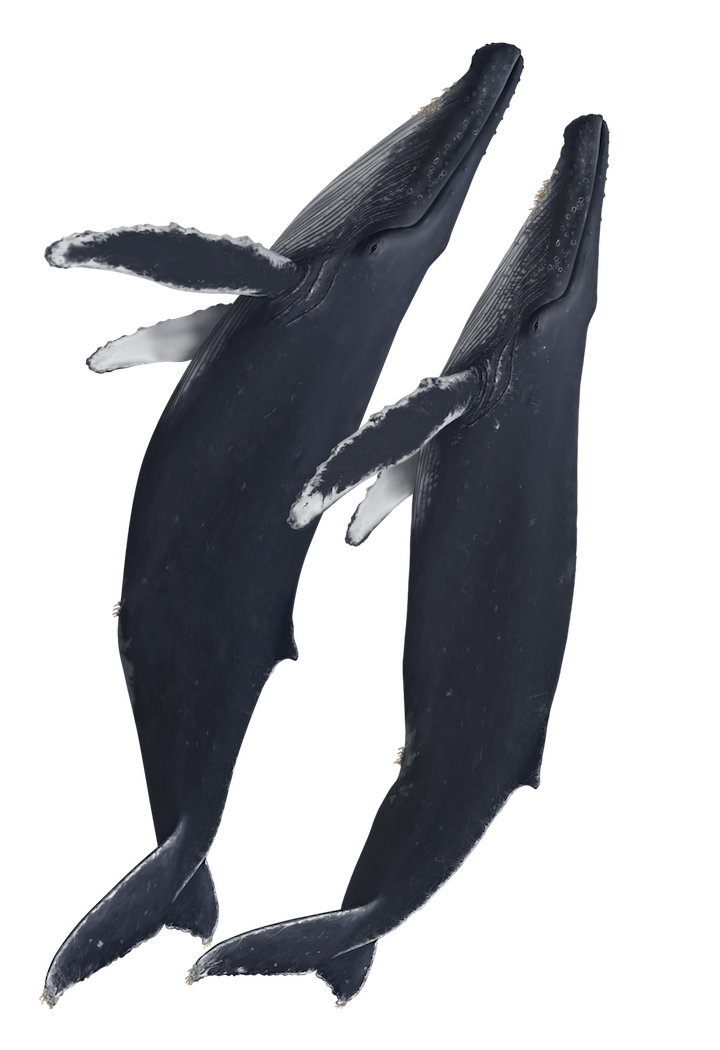 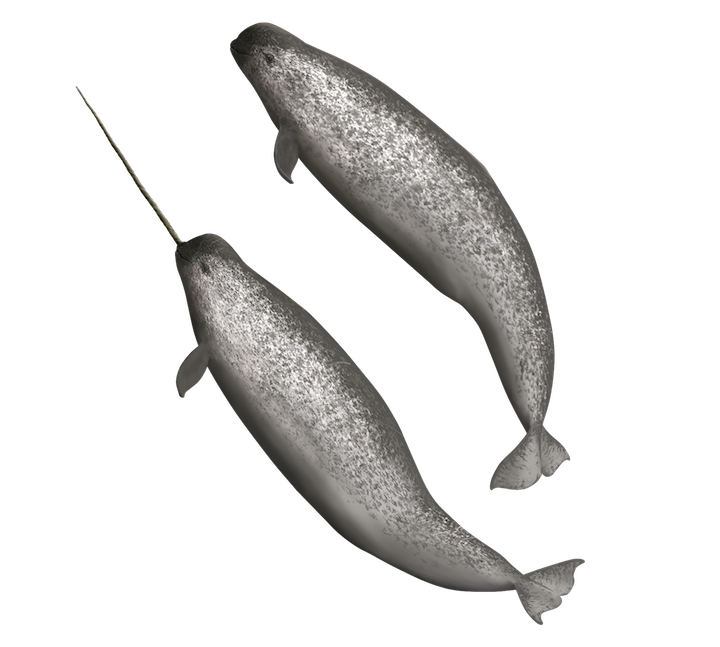 The male is shown below, and the female is shown above. The “tusk” is the left, upper canine.
In male narwhals, the tooth can grow as long as three meters, piercing the upper lip.
Narwhals only have two upper teeth, and the females do not grow their teeth like the males do. Instead, their teeth are buried in their upper jaw.
However, on rare occasions, we can find female narwhals with an elongated tooth or males with two protruding teeth. 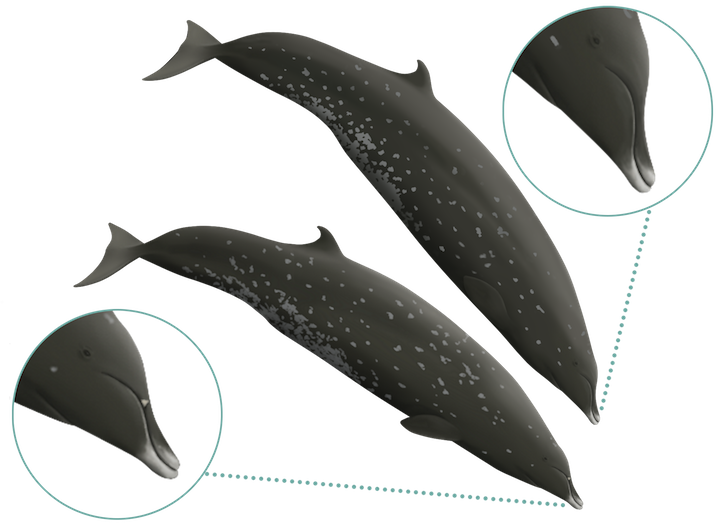